By the results of January-November 2012, 47.4 mln. sq.m. of residential areas were introduced to the market, which was 5% higher than the indices of the past year.

The leader by the delivery volumes, as before, was the Moscow Region (4.7 mln. sq.m. of residential space), despite the fact that since July 1 2012 its borders have been reduced in favor of New Moscow through annexation of 148 thous. ha in the south and the south-west part of the Moscow Region to Moscow.

1.49 mln. sq.m. of residential areas have been introduced to the market of expanded Moscow for 11 months. By the results of 2012, according to preliminary data, 2.4 mln. sq.m. were delivered, i.e. the plan turned out to be implemented, and the past year index (2.1 mln. sq.m.) was exceeded by 14%.

The aggregate supply volume increased almost by 8% and amounted to 1.4 mln. sq.m. or 247 properties in the primary market by the results of Q4 2012 (taking into account apartments and elite new buildings).

In Q4 2012 the trend of new properties delivery to the market, characteristic of the market during the whole year, got continuation. However, during the period under consideration new properties entered the market predominantly in economy and comfort class segments. During Q4 2012 the primary market of Moscow saw a little bit less than 20 new properties (residential houses, buildings in the structure of RC) both in the segment of residential space and in the segment of apartments. New supply volume amounted to approx 245 thous. sq.m., more than 70% of which were economy and comfort class properties, 17% were business class offers and 10% - business and elite class apartments. More detailed information, concerning some properties, is presented in the spreadsheet below.

All in all, 96 956 transactions with residential real estate were concluded in 2012, which was higher than the indices of 2011 and 2012. However, it should be taken into account that the main reason for the growth of a number of deals was the consideration of transactions within the territory of the annexed since July 1, 2012 New Moscow.

The main increase in the structure of deals was noted in the segment of transactions under equity participation agreements. In 2012 a number of deals under EPA amounted to 12.1 thous. transactions, which was 2.5 times higher than the level of 2010-2011.

The average supply price in the primary market gained 2.6% by the results of 2012 on the whole, which was caused by the change of the supply structure due to the growth of the share of economy and comfort class properties.

By the end of 2012 the supply volume in the elite primary market of Moscow amounted to 860 flats in 40 complexes (162.8 thous. sq.m.). The current index was higher by 7.2% in comparison with the beginning of the year. The aggregate volume of sold residential space in the primary market was estimated at the level of 61 thous. (about 390 flats), which was 5% more than in the previous year. The average price constituted $19, 850 (605.4 thous. rub.) per sq.m. in the elite primary market. Flats in the secondary residential market were offered at the price of $24, 370 per sq.m. (748.4 thous. rub.) on average. By results of the year the average  dollar price grew by 3-4.5% in the primary and secondary markets.

The ruble price stayed practically at the same level. No decline of prices was observed in price-lists, on the contrary, the prices grew for flats in some complexes at the active stage of construction (10-20% per year).

The elite rental market of Moscow went through 2 regular and obvious development rounds: active growth in February-March with a gradual decline by the beginning of the summer period and the resumption of activity in August-October with decline by the end of the year.

The level of average asked budget constituted $6, 500 per flat.

By the results of 2012 the average level of rental rate reached the index of $8, 500 per flat per month, the growth per year did not exceed 2%.

Two peaks of activity were noted in the countryside rental market in 2012. The average rental level in the segment reached the index of $16, 500 per house per year. The growth for the year constituted 2%.

Active delivery of new projects in 2012 caused considerable increase of the supply volumes in the primary market of New Moscow. Buyers’ demand concerning New Moscow properties declined considerably versus the first months after the announcement about the annexation. However, buyers’ activity was estimated at a rather high level, which also affected the price dynamics. For 2012 flats have increased in price by 9% in rubles and by 11% in dollars and at the end of December 2012 the level of prices corresponded to 85, 200 rub. per sq.m. (2,772$ per sq.m.).

Under the condition of the supply volume growth and rather high level of demand, the prices remained stable on the whole in the regional new buildings.

The countryside real estate market of the Moscow Region was characterized by a gradual growth of developers’ activity, dynamic development of townhouses format (they were offered in 27% of new settlements) and the increase of new projects quality in 2012. As before, land plots without building contracts were the main sales items in newly introduced settlements (up to 44%).

The supply of business class settlements increased noteworthily versus the previous year. And the lack of supply became tangible in the high-budget countryside residential segment: the plans of only one project implementation in the Rublevo-Uspenskoe highway were announced for the whole year. Active development of the first belt of distance of the Moscow Region was under way in 2012.

The price level in the countryside real estate remained low and stayed at the level of 2009. The supply price in newly introduced to the market settlements was not growing, which was indicative of some stagnancy. The average supply prices in the countryside real estate market constituted: the price of 1 sq.m. of a cottage (including the price of land) amounted to $4, 900 in elite settlements, to $3, 300 in business settlements and to $1, 580 in economy settlements. The price situation in the segment of land plots without building contracts also remained stable, no growth of prices was observed in 2012.

The main trends of the countryside real estate market in 2012:

 A gradual growth of developers’ activity, development of new projects, increase of their quality, economy due to space saving;

Blackwood Company’s experts believe that the prices for countryside real estate may increase in many directions after the improvement of transport situation (for instance, in the Minskoe, Yaroslavskoe and the Leningradskoe highways). 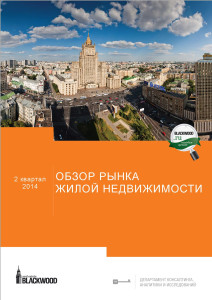 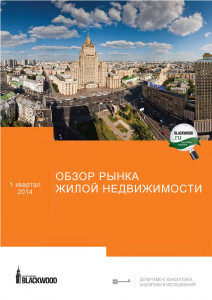 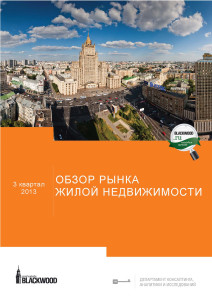 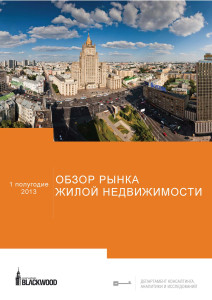 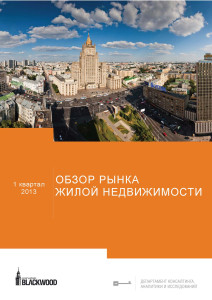 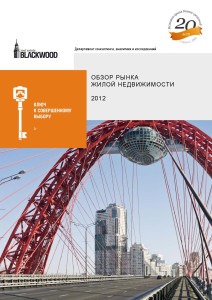 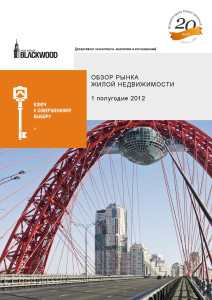 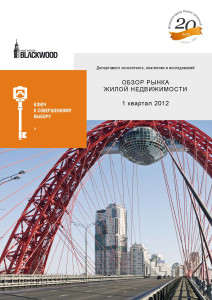 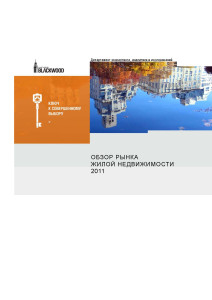 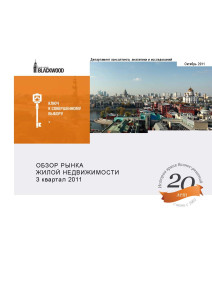 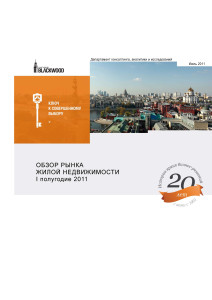 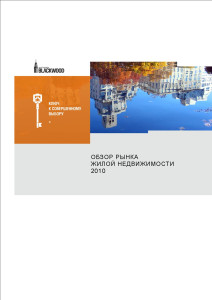 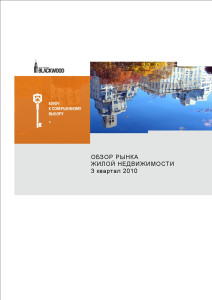 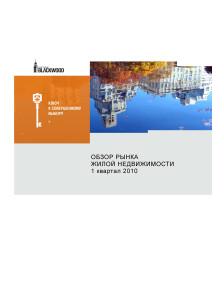 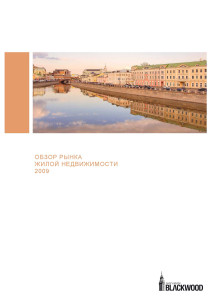 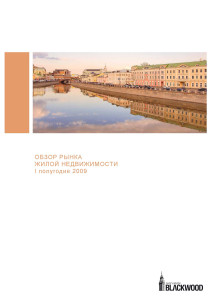