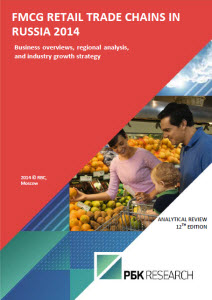 The 12th edition of marketing research "FMCG Retail Trade Chains in Russia" is devoted to analysis of the development of Russian food retail chains in 2013 and in the first half of 2014. The past year 2013 was relatively successful for FMCG retail trade, new stores were opened, chains continued their expansion, having entered the regions that were new for them. However the economic situation began to deteriorate and in 2014 political risks of the industry increased.

RBC.research's marketing research report describes the current state of the retail chain market, analyzes key mid-term development trends, provides an estimate of the market volume in 2013 - 2014, and possible scenarios and forecasts of its development from 2015 to 2017 factoring in various development scenarios of the Russian economy.

The following methods were used in carrying out the research:

- interviews with representatives of retail chains 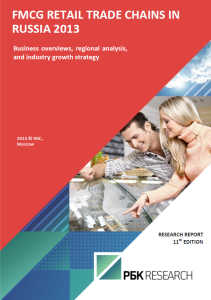 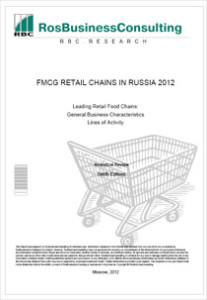 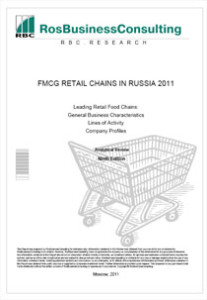 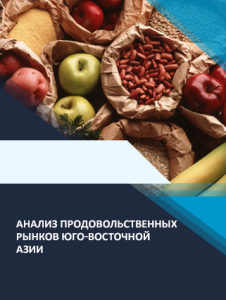 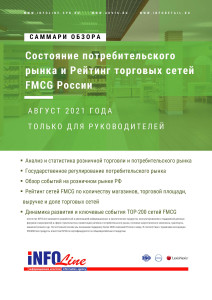 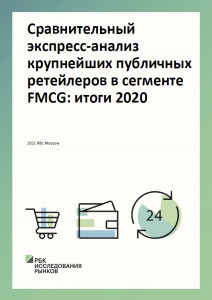 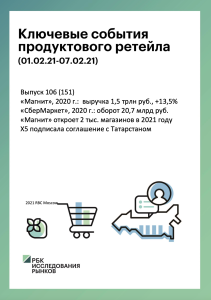 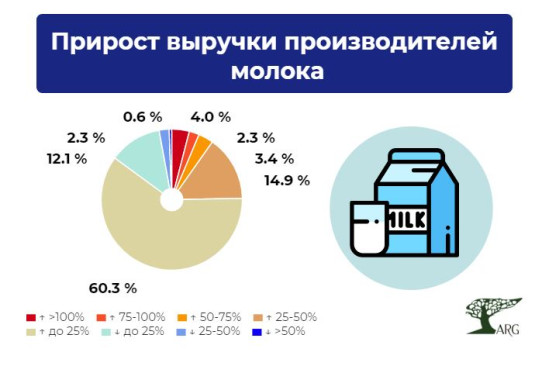 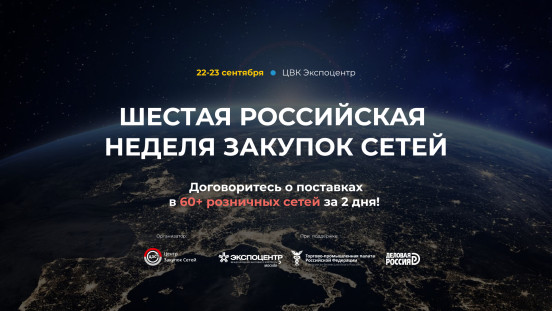 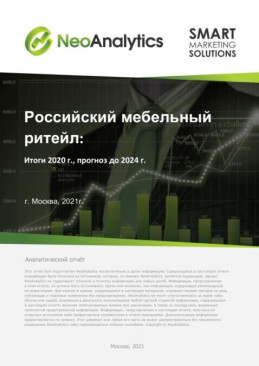